From my last post, I was talking about our trip to Jose Panganiban, Camarines Norte, which is Yoy’s hometown. As it turned out, there were only two hotels that popped up when I google searched hotels in J. Panganiban, they were Victor Hotel and Apolonia Hotel, the rest were room/house rentals via Airbnb.

Apolonia Hotel was were we ended up staying in for the night. My early verdict: not the best budget hotel I have ever been in but not the worst (yet) either.

Like every budget hotel, it is pretty basic. As it is located in an old building and the fact that I was already given the heads up prior to the trip that there were no nice accommodations to be had in J. Panganiban, I have kind of also adjusted my expectations to match reality. And avoid much disappointment in the process.

So this was the room. It had lots of cabinet space than we actually needed. I have never been in a hotel room and seen a lot of color pink than when I entered this room. Even with all that pink glory, it still had that unmistakable old place vibe. It was like the feeling of entering the studio apartment I used to rent in Legazpi City, and not like being in a hotel.

Then the bathroom was so dated that the fixtures have obviously seen better days. It was not the cleanest I have seen, but since my expectations have been adjusted, I did not find things very disappointing. Well, except for the fact that the water in the faucet was almost (really!) non-existent the next day. Apparently, the water situation was hard in the area and the hotel was no exception. 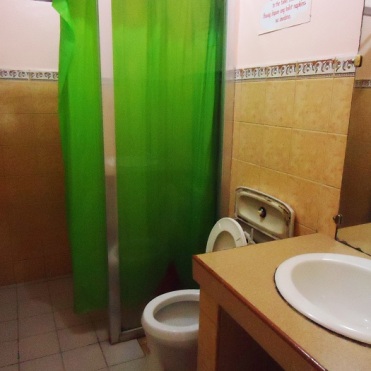 More pics of the old building… 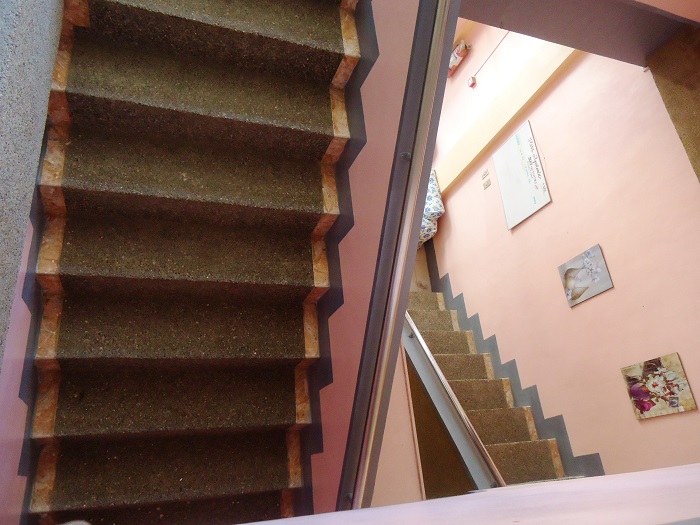 Then, this was what it looked like outside of the room. It really reminded me of an apartment than a hotel.

It was an OK stay for the night for Php1,000.00 but the experience made me rethink the wisdom of trying out Airbnb next time around when I find myself again in this part of the Bicol Region.

Thank you all for reading! =)

My name is Frances Roxas, a certified Bicolana - born and bred. I have a degree in Journalism but did not pursue a career in writing since I chose government service instead. I liked the security and stability that my job offered. However, I really miss writing and I miss hearing myself think by reading my own written works. Eventually, I plan to write more and to find out where my love for this craft might take me. Every life is a journey and I believe that it is never too late to do what we love and what makes us happy. View more posts

Breast Enhancement Pills And Creams - Do They Really Work?

Information and Reviews About Breast Enhancement Creams and Pills

Seeking to travel the world and savor every experience. All content and photos property of Celina Stewart, copyright 2022.

Stories from my travels and the film photos I take there

From Maine to The Great Loop aboard Monk '36 trawler"Clare," beginning June 2019

Homesteading, sailboats, pets, food and everyday living. If life had a menu what would be on yours?

Reindigenation through restoration and conservation

Planet Mom: It's where I live...at the corner of irreverence and oversharing.