We took a stroll at Robinson’s Place, Naga City last night and I was so thrilled to find that a giant Christmas tree is up! Well, that’s just me, something I brought along from my childhood is that old feeling of giddiness whenever I see a Christmas tree all pretty and bright. This particular Christmas tree is really pretty but I’m afraid my camera specs did not exactly give it justice. Nevertheless, I hope you see it as I do. =) 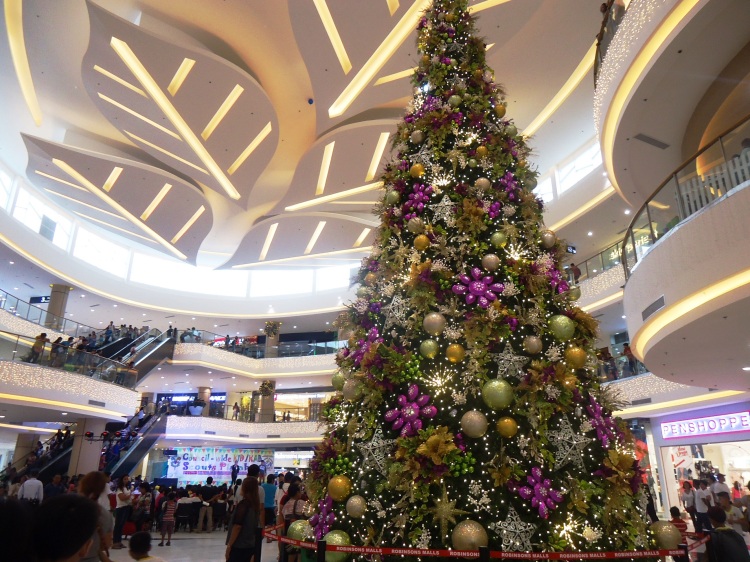 Before that, Yoy, little Julienne and I met Mama Pat and Tita Inky at SM City Naga, and together, we took a tricycle ride to Robinson’s Place which is located in Diversion Road at Brgy. Triangulo. To say that SM is packed with shoppers this time of year is an understatement as it is seriously stressful to go about your business when people are going on a buying frenzy like that. The queues for the ATMs, for McDonald’s take out and the lines at the cashiers were really long. Queues were everywhere. It was a good thing we only stayed there for a few minutes. The only consolation was that at least people were lining up instead of going in a mad dash (I think that stampede for the Php8.00 Shark’s Burger in SM North EDSA might be the one major proof in history that we are not getting any smarter with time).

Here are some photos I took to show what Robinson’s Place looks like right now in preparation for the coming Holiday Season: 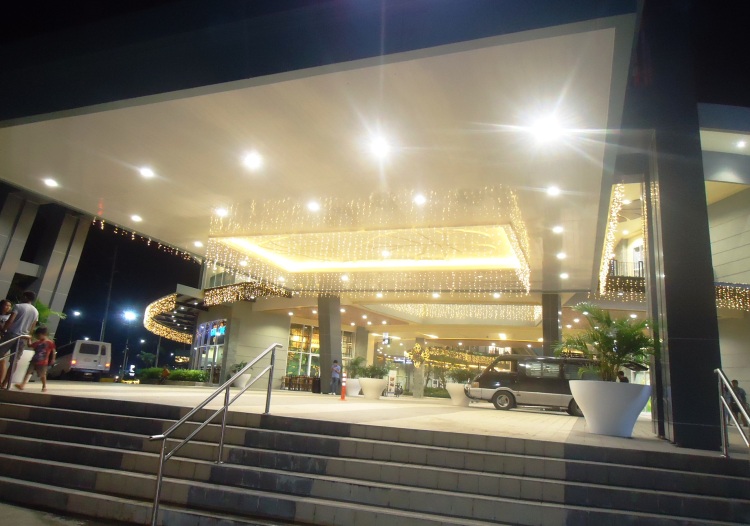 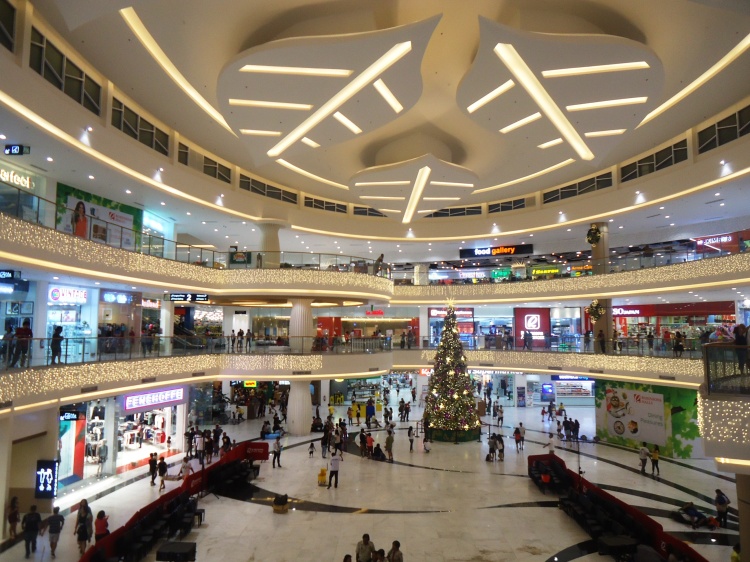 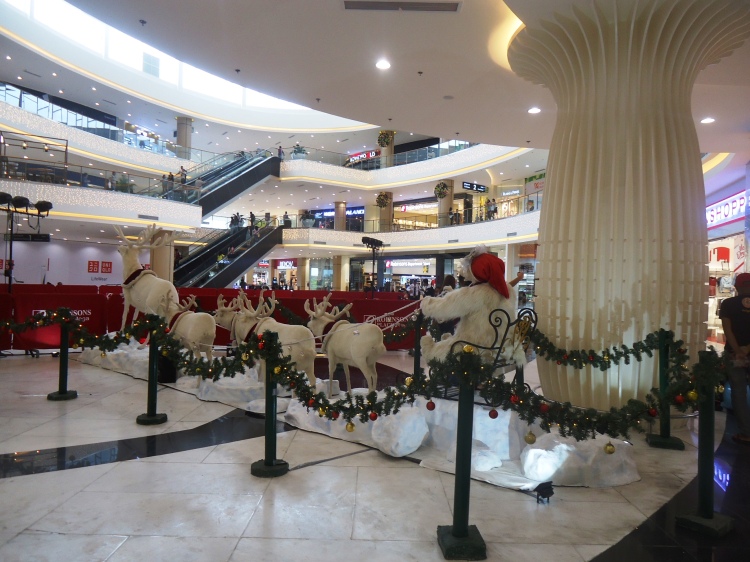 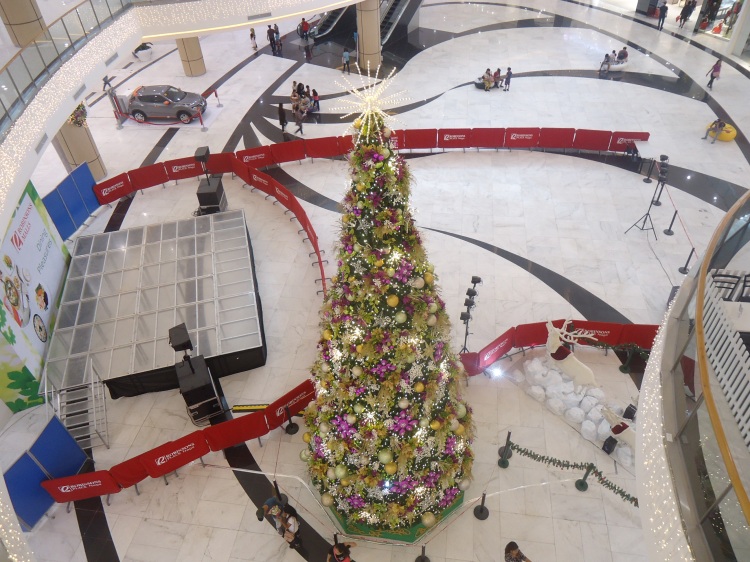 Although there were more people than usual as there was an event going on when we arrived, and of course, more Christmas shoppers, at least it wasn’t as crowded. It helped that this mall is bigger and the building is a lot newer than SM. It recently just opened last August 15, 2017 so everything is fresher, cleaner and their restrooms are really neat, clean and not gross. I guess, SM needs to step up their game soon, it’s a good thing they have their prime location going for them. 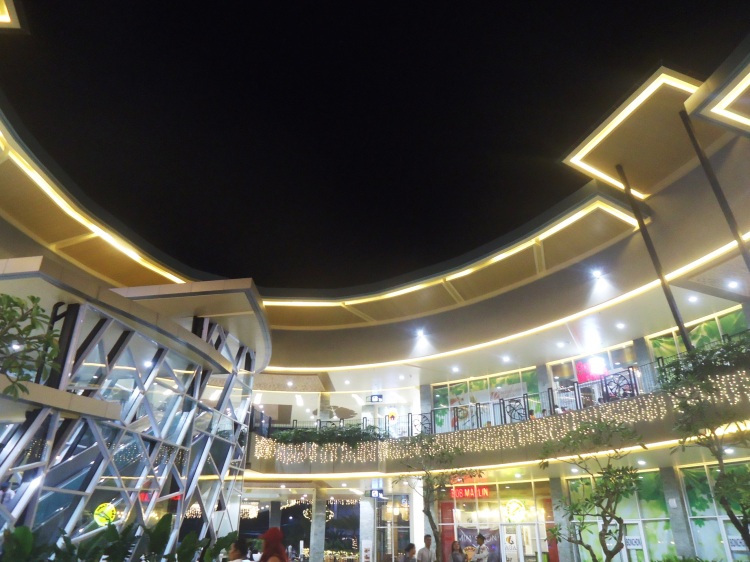 So, if you’ve never been and if you ever find yourself in Naga, you might wanna check out Robinson’s Place for the ambience, good selection of restaurants, great customer service and helpful/friendly staff. You might also wanna go there for the holiday feels as Christmas lights are everywhere and their aircon is always so cold that I get the chills even when I’m wearing a sweater.