Nuestra Señora de la Porteria Parish Church, really more known simply as Daraga Church, is a Roman Catholic Church in the municipality of Daraga, Albay, Philippines. The church was built by the Franciscans in 1772 under the patronage of the Our Lady of the Gate.

For the locals, Daraga Church is the go-to place of worship every Sunday wherein the breathtaking overlooking view of Mayon Vulcano has become but a normal sight. In fact, it only ever draws the usual ohhhs and ahhhs of amazement from visitors, being that it has always been there and the locals have gotten used to it by now, like an ever present, father figure watching over his brood.

However, on a particularly good day when the sun, the light, the clouds and the bluest sky have all conspired with each other to give you just a glimpse of that magical view, it honestly does have the power to make you catch your breath. 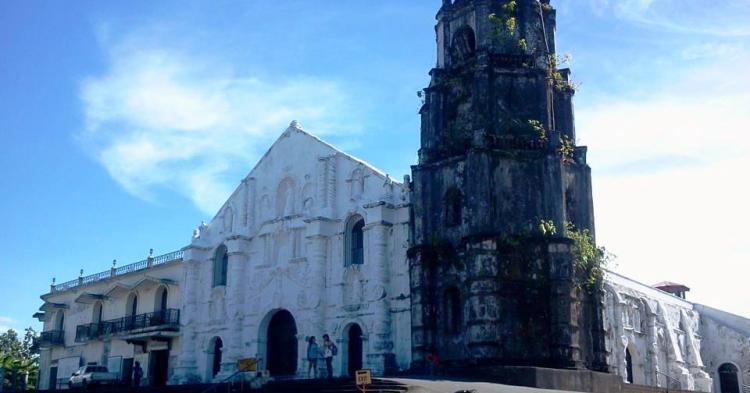 I remember years ago, there was much discussion on the radio as well as between everyone who cared to have an opinion that they were totally against the move of applying white paint over the facade of the church. Everyone thought the church looked regal and classic enough on its natural state, just gray and no paint on the outside. Some even said that the unpainted church showed so much character, that it was all the better showing off its age than pretending to be contemporary. However, it still ended up being painted on with white and people were outraged for a while. It took a few days (maybe weeks) but people got over it eventually. 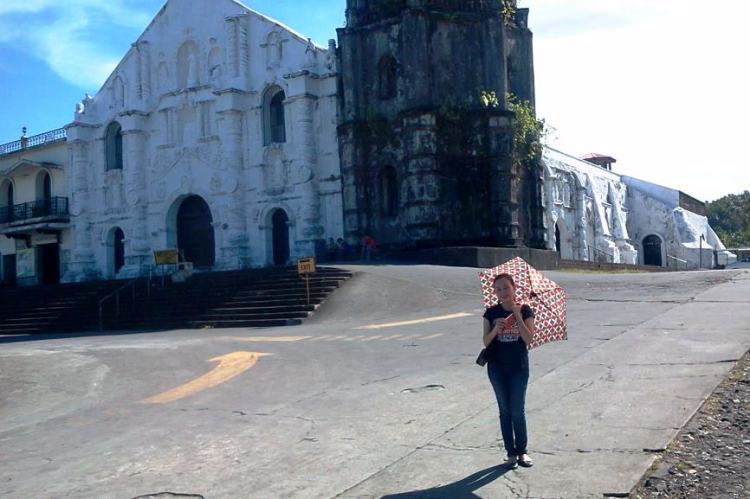 To this day, Daraga Church remains to be one of the must-see places when visiting the Bicol Region, especially the province of Albay. It has also been featured in some local films, one of the most recent was She’s Dating the Gangster wherein Daniel Padilla and Kathryn Bernardo (Filipino actors) had a scene shot inside the church.